Conscious Negativity Bias is the capacity for enhancing a mindset of positivity and not magnifying negative thoughts. It is associated with choosing the most appropriate response to negative threats. 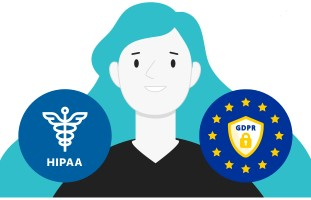 100% CONFIDENTIALITY
Our assessment is designed to keep your personal information secure so you can explore your mental health easily and anonymously.

YOUR DATA BELONGS TO YOU
Total Brain is not in the business of selling your data. Your data is protected in accordance with GDPR security standards.

EXTENDED RIGHTS
You`re in control. You have the right to data access, data portability, and the right to be forgotten.

QUESTIONS?
Should you have any questions, contact us at privacy@totalbrain.com
Sounds Good

If possible try to complete it in one sitting, but more importantly try to give it your full focus as you take it, to get the most accurate results on the other side.

How Does This Help Me?

Total Brain, a SonderMind company, offers clinically-validated, mental health assessments like this so you can stay on top of your mental well-being.

What does a high score mean?

People who score highly for Conscious Negativity Bias tend to consciously tune in to more of the positive aspects of things around them, and also regulate their thoughts and feelings that has emphasize positive aspects. They are also more emotionally healthy and tend to have fewer periods of having low mood, stress and anxiety.

What does a low score mean?

People with a low score for Conscious Negativity Bias tend to consciously tune in to the negative aspects of a situation and concentrate on those aspects more than the positive ones. They may also go about regulating their thoughts and emotions with more of an emphasis on the negative than positive emotional aspects. They may also experience more periods of low mood, and experience higher levels of stress and anxiety.

Talk to a Therapist Who Specializes
in Conscious Negativity Bias

Seeing the glass half empty, or tending to have a pessimistic view is known as negativity bias and can be detrimental to your
happiness and well-being. With SonderMind, find personalized care that’s best for you, virtually or in-person.
Have an appointment within one week with an expert in mitigating conscious negativity bias, use your insurance, and
get support that’s proven to work.

MEET WITH A THERAPIST

The 4 Things Most Likely Affecting Your Brain Function

Learn about the factors influencing our cognitive performance & our feelings that are affecting our lives.

Understanding how your brain reacts under certain conditions & increase your awareness to take control of the situation.

Become a Master at Overcoming Negativity

Learn how to identify what triggers negative thoughts and turn them into positive action.

Browse all of our clinically-proven tests below. These online mental health assessments help you learn about your brain capacities, shed light on your mental strengths and weaknesses, and uncover any issues that may be affecting your mental well-being. Understanding the nature of these problems can help you determine how best to improve your overall mental health.

Ready to take the next step in your mental health journey? With SonderMind, find personalized care with a licensed therapist who gets you and specializes in what you’re going through.

Please note: The assessments on this site are not intended to diagnose, treat, or assess any disease.

What You Need to Know About Conscious Negativity Bias

Conscious negativity bias can be understood as the tendency to see the “cup half empty” rather than the “cup half full.”It can rise in times of uncertainty and discouragement. It’s a disproportionate focus on problems rather than opportunity. It’s also highly contagious — one very negative person can disrupt an entire group or team.

Conversely, when positive emotions arise, they trigger a “reward-seeking” function that inspires mind expansion, flexible decision-making, connecting with others, and compassion.

What do you want to do next?

Take a Test  Find a Therapist Return to Home